Questions 21-27 are based on the following passage.

Two studies were done to examine how the proportion of vermicomposr (feces from earthworms) in a particular potting soil affects the yield of each of 2 plant species: Solanum lycopersicwn (a tomato plant) and Capsicum annuum (a pepper plant). The yield of a plant species is the
mass of fruit produced per plant of the species.
Six different mixtures (Mixtures 1-6) were prepared according to the percents listed in Table 1. 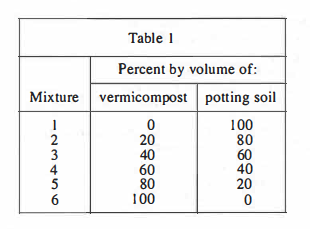 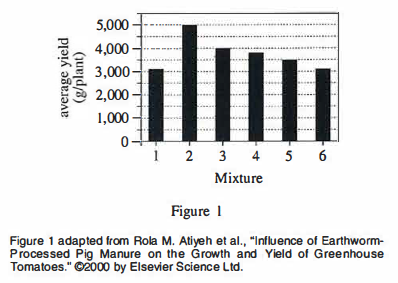 Study 2
The procedures of Study l were repeated, except that
5 C. annuum seeds instead of 3 S. lycopersicum seeds were added to each pot, the pots received water and light for
149 days instead of 158 days, seedling removal occurred on Day 42 of the 149 days, and plant yield was measured
on Day 149. The results are shown in Figure 2. 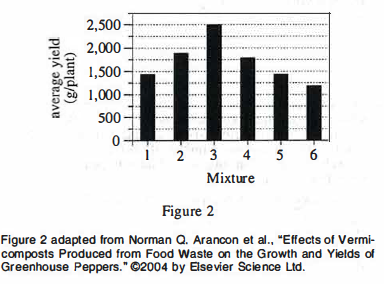