Questions 35-40 are based on the following passage.

Quarks constitute 1 of tlie 3 ·classes.of elementary par­ticles that form all matter in the universe. Three quarks bound together form a type of particle called a baryon. A quark's effective mass (mass when bound to other quarks) is greater than its single-quark mass (mass when unbound). In addition, all quarks possess a property; called spin. A quark's spin can be oriented in 1 of 2 directions, spin-up (↑) or spin-down(↓).

Table 1 lists the symbol, electric charge, and approxi­mate single-quark mass for each of the 6 quarks. 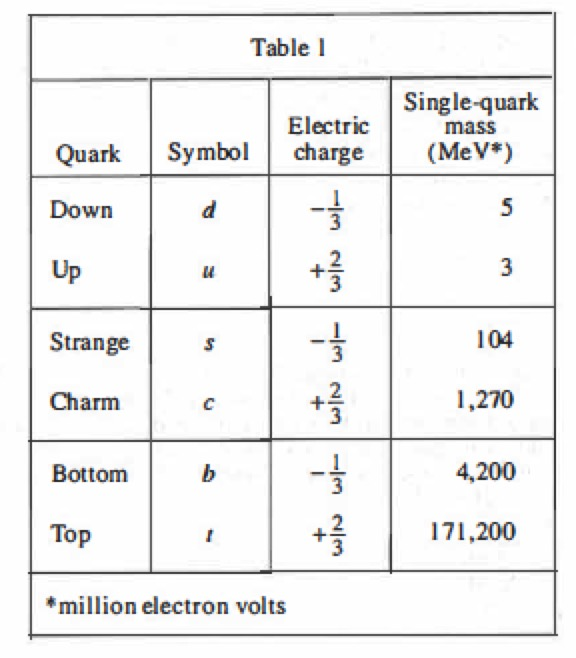 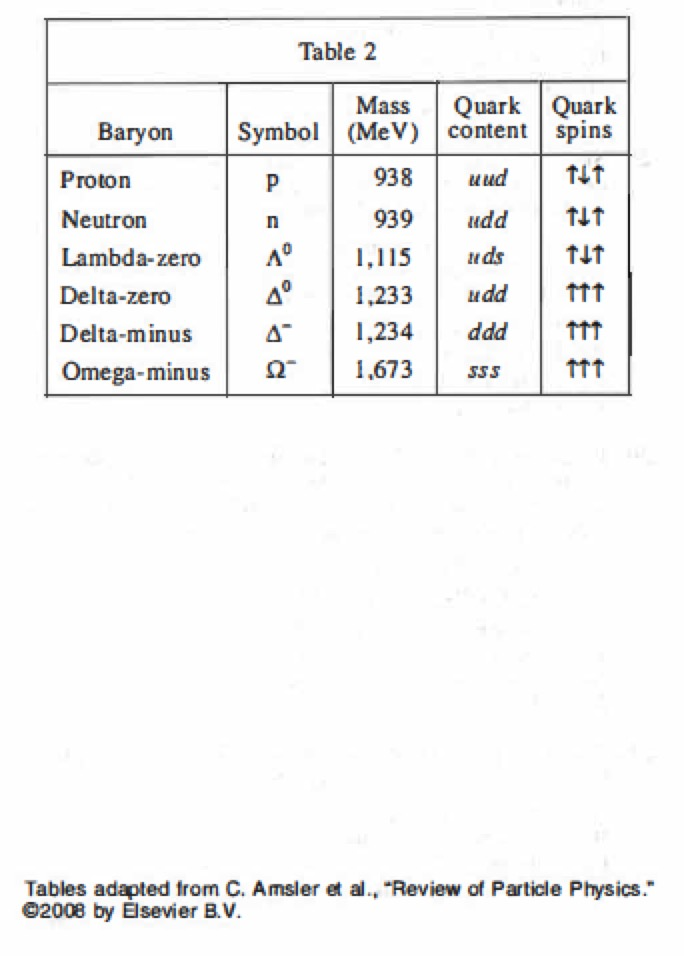