Questions 21-27 are based on the following passage.

Physics students performed 3 studies to determine the forces that several doors exerted on their hinges. The doors had various weights, W, and widths, D. Each door had 2 hinges; the hinges could be moved to vary the distance, S, between them. None of the doors had a doorknob.
The 2 hinges on each door were equidistant from the center of mass of the door (see the diagram). 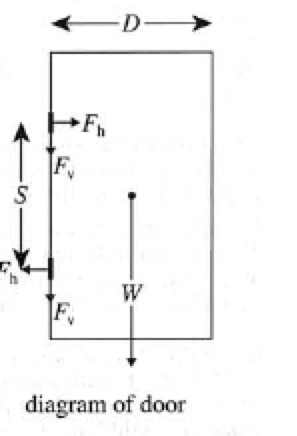 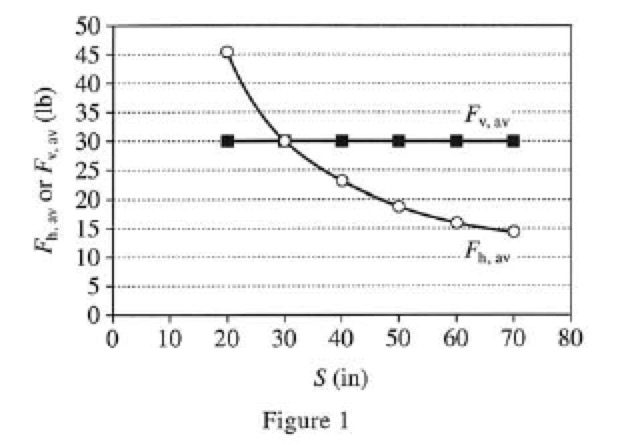 For 3 doors, each with D = 30 in but a different W, the students determined Fn,av at various S. The results are shown in Figure 2. 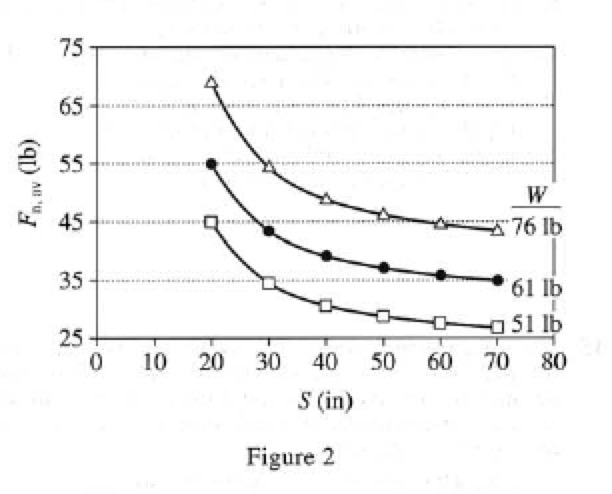 For 3 doors, each with W = 61 lb but a different D, the students determined Fn,av at various S. The results are shown in Figure 3. 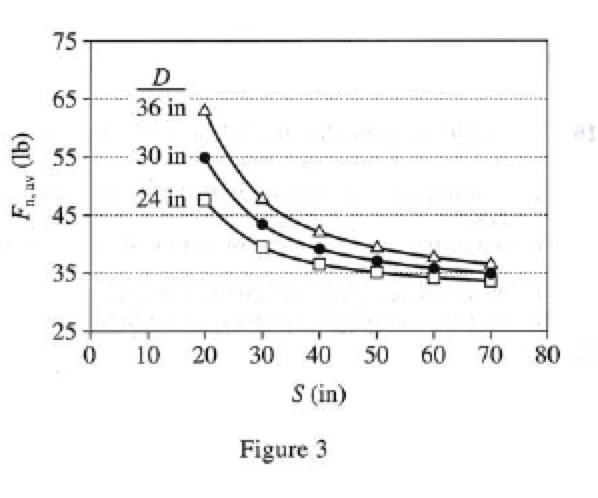