Questions 42-52 are based on the following
passage.


This passage is adapted from Carolyn Gramling, “Source of Mysterious Medieval Eruption Identified.”© 2013 by American Association for the Advancement of Science.

somewhere on Earth,kicking off a centuries-long

cold snap known as the Little Ice Age.Identifying the
volcano responsible has been tricky.
5 That a powerful volcano erupted somewhere in

polar ice cores in the form of layers of sulfate

deposits and tiny shards of volcanic glass. These

among the ranks of the strongest climate-perturbing

eruptions of the current geological epoch,the

Holocene, a period that stretches from 10,000 years

ago to the present. A haze of stratospheric sulfur
15 cools the climate by reflecting solar energy back into

space.
In 2012, a team of scientists led by geochemist

Gifford Miller strengthened the link between the

from beneath the ice caps on Baffin Island and

Iceland, as well as ice and sediment core data,to

determine that the cold summers and ice growth

Such a sudden onset pointed to a huge volcanic

eruption injecting sulfur into the stratosphere and

frequent eruptions of other volcanoes, as well as
30 sea-ice/ocean feedbacks persisting long after the

aerosols have been removed from the atmosphere,

may have prolonged the cooling through the 1700s.
Volcanologist Franck Lavigne and colleagues now

is historical records. According to Babad Lombok,

records of the island written on palm leaves in Old

Javanese, Samalas erupted catastrophically before the

end of the 13th century, devastating surrounding
40 villages—including Lombok’s capital at the time,

rock and gas called pyroclastic flows.
The researchers then began to reconstruct the

formation of the large,800-meter-deep caldera[a
45 basin-shaped volcanic crater] that now sits atop the

volcano.They examined 130 outcrops on the flanks

of the volcano, exposing sequences of pumice—ash

hardened into rock—and other pyroclastic material.

The volume of ash deposited, and the estimated
50 height of the eruption plume (43 kilometers above

sea level) put the eruption’s magnitude at a

minimum of 7 on the volcanic explosivity index

largest known in the Holocene.
55 The team also performed radiocarbon analyses on

the pyroclastic deposits to confirm the date of the

eruption; it could not,they concluded, have

happened before 1257C.E.,and certainly happened
60 in the 13th century.
It’s not a total surprise that an Indonesian volcano

equatorial eruption is more consistent with the

apparent climate impacts.”And, he adds, with sulfate
65 appearing in both polar ice caps—Arctic and

also supports an equatorial source.
Another possible candidate—both in terms of

timing and geographical location—is Ecuador’s
70 Quilotoa,estimated to have last erupted between

examined shards of volcanic glass from this volcano,

they found that they didn’t match the chemical

composition of the glass found in polar ice cores,
75 whereas the Samalas glass is a much closer match.

That,they suggest,further strengthens the case that

Samalas was responsible for themedieval“year 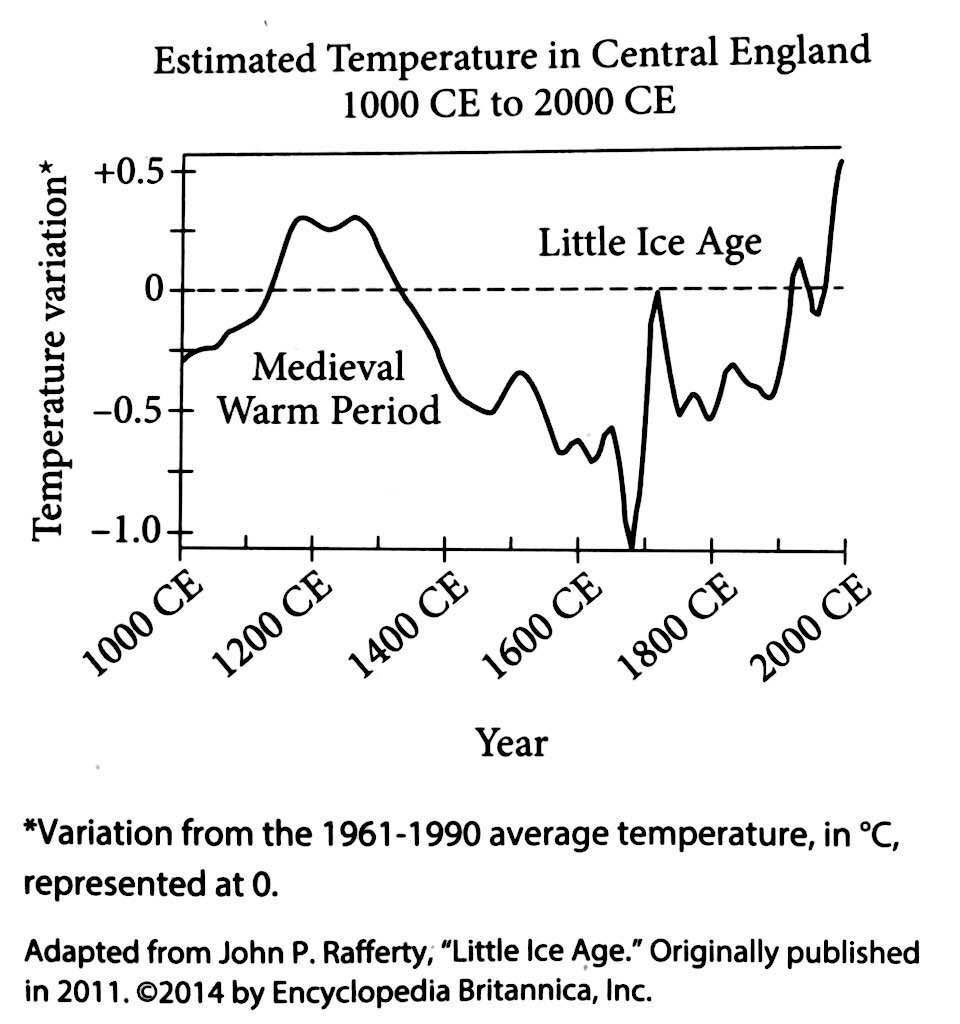