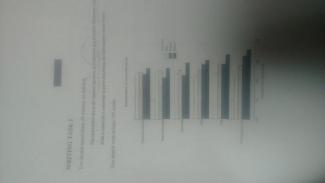 Overall, Britain spent a significantly higher amount of money on these consumer goods with compared to other countries whereas Germany was at the bottom - among all countries - who invested in this consumer goods.

In details, majorly all these European countries spend lion's share on the photographic film and toys. Britain spent approximately the same amount on both but precisely, invested 5000 pounds more on the photographic film then as in toys. Italy and France spent the same monetary value on the toys - which were roughly 159 thousand pounds. While Germany spent the money on these both items without drastic variation, by investing 144 thousand pounds. The investment trend in the CDs was approximately replica of the aforementioned once, but on the smaller scale. Every European country spent on an average 4000-5000 less in the Cds then compare to the photographic film.

Essay Categories
IELTS Writing Task I - IELTS Academic
This essay topic by users:
END_OF_DOCUMENT_TOKEN_TO_BE_REPLACED
Essays by the user:
Write an essay by this topic