*TPO32-Do you agree or disagree with the following statement? Young people today have no influence on the important decisions that determine the future of society as a whole.

Essay topics:
*TPO32-Do you agree or disagree with the following statement? Young people today have no influence on the important decisions that determine the future of society as a whole. 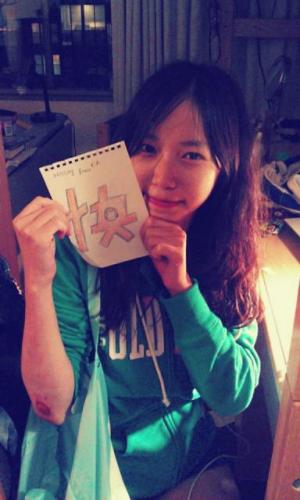 First and foremost, determining decisions for a society's future depends on many celebrities, and now many younger generations are opinion leaders in society. For example, a 25-year-old youtuber in Taiwan called Ray Du always expresses his political opinions on the internet, and many people admire his unique viewpoints. Last month, our president Tsu even visited him in person to discuss some educational issues with him. Evidently, young people today do have strong influence on a society's future.

In addition, crucial decisions for a society's future will be tremendously influenced by protests and rallies, and young people today often protest in order to make some laws changed. For instance, three years ago, there was a political movement in Taiwan held by college students called Sunflower movement, because they did not agree with the new educational policy published by the government. Students rallied in front of the city hall, and protested for revising the unreasonable law. The movements eventually made our government rehash the law and even invited the student lead of the movement to have further discussions. Apparently, the young today do have huge impact regarding the essential decision for a country's future.

Last but not least, significant decisions for a country's future will be affected by the internet, and nowadays young people are good at making use of the internet to control opinions. To further elaborate, governments today like to browse the internet to understand citizens' comments and make changes accordingly, and young people can spread many reviews to impact both older people and governments. For instance, in my country, many people will post their political thoughts on the biggest forum named PTT. Young people would generate a lot of accounts to make their viewpoints more solid and compelling. As a result, our government will take their idea into consideration.

To conclude, young people nowadays do play an important role in the decision making process for a society's future. After all, many intelligent young people are opinion leaders, they held rallies to express their thought, and they are master at manipulating opinions on the internet.

Transition Words or Phrases used:
accordingly, apparently, but, first, if, regarding, so, after all, as for, for example, for instance, in addition, as a result